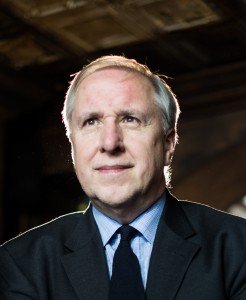 Bob Barr, a Lymm Parish Councillor since 2004 and a Warrington Borough Councillor since 2006, has been selected as the Liberal Democrat Parliamentary Candidate for Warrington South. Bob has lived in Lymm since 1982 with his wife Caroline. His daughters Sarah and Katie have grown up in Lymm and attended Cherry Tree Primary and Lymm High School. Bob’s first public role in the village was as a Parent Governor at Cherry Tree.

Bob is an academic geographer and has taught about Warrington since 1975, so feels he knows the constituency very well. He is an internationally recognised expert in geographical information systems and was awarded an OBE ‘for services to geography’ in 2008. He has been called on on numerous occasions to serve as an expert adviser to government in his field.

Currently Bob is Deputy Leader of the Liberal Democrat Group on Warrington Borough Council. During the LibDem led administration between 2006 and 2011 Bob was Executive Board Member for Planning, Housing and Regeneration. In that time he provided the political leadership to the initiative which saw Golden Gates Housing set up as an independent housing trust allowing substantial funds to be raised to improve the town’s housing stock. He has also been an independent director of the St Helens based Helena Partnerships Housing Trust since 2006. The two organisations are now joining together to form a new housing group that will build and manage new homes in Warrington and the surrounding area.

“I want to represent Warrington because it is a fascinating and successful town that faces many challenges” says Bob. “The project of integrating the New Town areas with the old town has never been properly completed. It is now more important than ever, with new powers and funds on offer to Manchester and Liverpool, that Warrington’s voice is heard.”

“I wouldn’t be interested in representing any other constituency. Having lived in Warrington South for half my life I want to be an MP to represent the town and to ensure that we get a fair deal from central government. I believe that I am very well qualified to do that. I am the only candidate from the three main parties with true roots here and a long record of serving the residents of Lymm and Warrington”

The 2010 election result saw Warrington South become a three way marginal, with the results for the three major parties closer than at any other time in the constituency’s history. “Voters in Lymm have the opportunity to make a real difference to the result of the next general election, because their votes will really count, any of the major party candidates could win this seat and that can lead to real influence in Westminster.” says Bob “I hope Lymm electors will look at my record and decide that I am the candidate for them”.