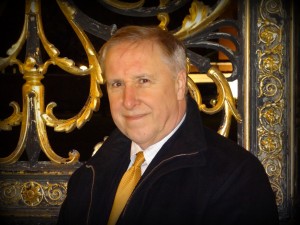 I am seeking election as Warrington South’s MP because I want to make this prosperous town a really special place to live and work. Having lived here for 32 years, and served on the Council for 9, I believe in the town and its people and that it can become a leader in the NW.

I was a lead member when Liberal Democrats ran the council from 2006-11.

During those 5 years I learned what a difference good leadership makes – setting clear aims and respecting our workforce attracted top quality officers and Warrington became a byword for good practice in the NW.

We tackled local problems left drifting for years under Labour. We introduced PCSOs,; introduced kerbside recycling; we enabled Golden Gates to become an independent Housing Trust unlocking £105 million to improve social housing and stopping tenants’ rents being used to subsidise housing in other towns; we introduced equal pay and staff restructuring with support from the unions; we attracted new business and set in hand the regeneration of the town centre.

At the same time we saved £50m while improving services. While the Labour administration like to deny it, their programme for the town is largely a continuation of the good start we gave it.

Professionally I am an urban geographer so I understand what makes a town successful and understand Warrington’s recent history well. I can see the challenges we face, sitting between the revived cities of Liverpool and Manchester. Warrington needs to carve out a clear identity as a town with high ambitions, quality jobs and homes, and a motivated and well educated workforce while preserving and improving the quality of our environment.

As your MP I would work to help the town retain more of the taxes it generates to complete the expanded / new town project that was cut short in the late 1980’s. We ended up with the population of a city but not the services or the infrastructure. That needs to be put right.

I want to be an MP solely to ensure that Warrington is properly represented and its interests are fought for. I am not just using Warrington to become an MP.