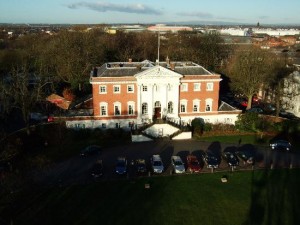 dependent measure Warrington is a very successful town. The annual Centre for Cities reports show it to have very high employment levels, relatively high wages, a vibrant business environment with high levels of start-ups and good educational standards give or take the odd stumble. Warrington has much to be confident about and because of major investments in housing and community hubs, secured under a LibDem led administration in the Town Hall, has weathered the recession much better than many surrounding areas.

However Warrington has been treated very unfairly since the late 1980s. By closing down the New Town Corporation the Conservatives stopped the development of the town in its tracks, despite the population more than doubling. Under Labour Warrington was deemed to be too wealthy and not deprived enough to get aid, instead money was taken from the town. This despite some inner wards with levels of deprivation in the nation’s worst 10%.

Warrington needs to make clear what sort of town, or city, the word doesn’t matter, it aspires to be. Cllr Bob Barr, the Liberal Democrat Parliamentary Candidate says, “I want a clear vision for Warrington and to argue in Westminster that we should retain taxes generated locally through growth until that New Warrington vision is completed and our infrastructure matches our population. Warrington has the potential to be the Green Science City of the North West with high wages, a clean protected environment and good communications. But until somebody represents the town whose sole ambition is to achieve that, it isn’t going to happen.”

One thought on “The Warrington Success Story”